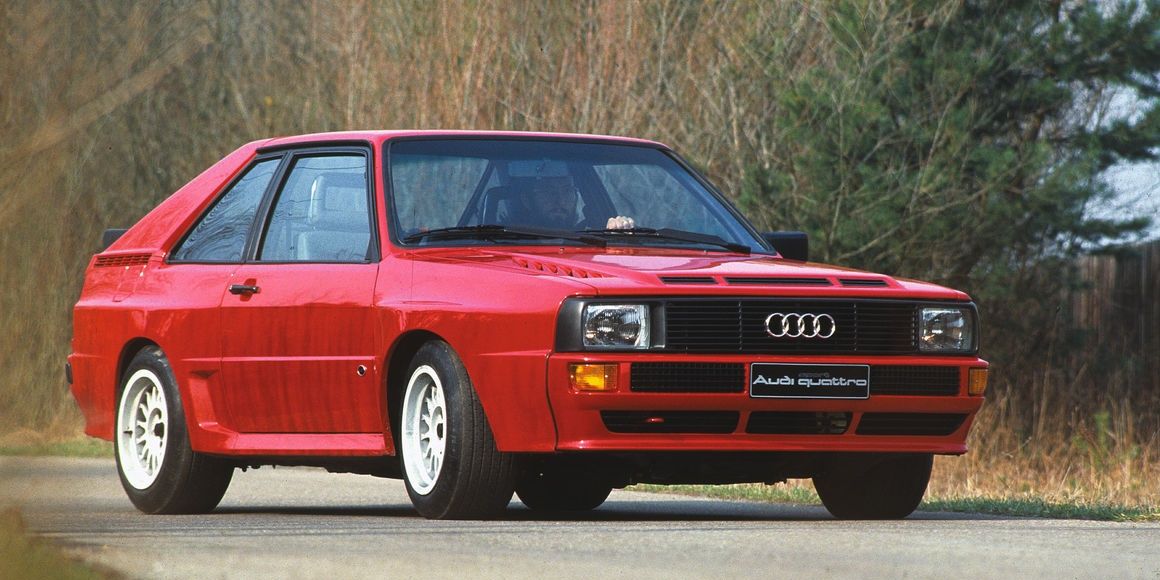 Rally racing is one of the most exhilarating iterations of motorsport to watch, it combines the elements of speed and danger – and if you think modern WRC is crazy, you’ve clearly never heard of the Championship from the world of Group B rallies before. This racing scene only existed for about 4 years between 1982 and 1986, it was inevitably canceled due to the endless number of accidents and lives lost in the process – drivers and spectators.

There’s one key fact that sets Group B cars apart from everything else on earth, and that’s the fact that their brands didn’t need to produce a massive amount of production cars based on their rally cars. to meet homologation standards – in fact only 200 of the homologation vehicles had to be built, which was miniscule compared to other divisions like Group A. The icing on the cake, however, as they weren’t no longer strictly limited to horsepower figures, crazy cars like the Ford RS200 and Peugeot 205 T16 spawned, as well as today’s heroic car, the Audi Sports Quattro S1. Let’s dive into what made it so special.

ten He walked so others could run

Contrary to popular belief, Audi wasn’t the first company to incorporate all-wheel drive into a road car, but they were the first to successfully incorporate it into a rally car. Most cars at the time used a rear-wheel-drive setup, but once Audi’s Quattro hit the field, it showed everyone just how superior an all-wheel-drive system is.

As a result, it decimated the competition early on, but unfortunately it didn’t remain unstoppable, as other brands took inspiration from Audi and added similar transmissions to their rally cars. Obviously, this prompted brands like Lancia to design the Delta S4 which eventually beat the Quattro in Group B.

Related: 10 Most Iconic Rally Cars Of All Time

9 Two generations of rallying, one more ridiculous than the other

Let’s start with the basics, what was this Audi? As we said in our introduction, the Audi Sport Quattro S1 was a Group B rally racer, and it had two different variants, the Evolution 1 (E1) – pictured above, and the Evolution 2 (E2) – shown below.

Both cars had similar all-aluminum 2.1-liter turbocharged five-cylinder engines strapped under their hoods, but with vastly different power outputs and visual appearances. Sure, both iterations came with Audi’s Quattro all-wheel-drive system, but the E2’s wheelbase was even shorter than the original E1 at just 2.2 meters (86.8 inches) for reduce the understeer encountered with the initial S1.

8 If a car was overpowered, it would be this one.

There comes a time when we have to ask ourselves what is too Powerful? Audi didn’t fit its Sport Quattro rally car with a regular turbo-five, it produced way too much power if you ask us, even compared to today’s RS models. The first-generation powertrain produced up to 444 hp and 258 lb-ft of torque, but when the second generation arrived it received a slightly tuned inline-five and a completely redesigned turbocharger that allowed the engine to pump out almost 600 hp. in its most vivid state.

Not only was it powerful, but it was also lightweight. The body of the Sport Quattro was made from a mix of carbon fiber and kevlar to ensure it was light, but also stiff. Somehow, even when the big body was added, this Group B Audi weighed just 2,400 pounds (1,100 kg). The best of all? It could hit 60 mph from a standstill in just…more on that later.

seven A road-legal variant has been designed

As we have already said, Group B rally cars could not participate in races, unless they complied with the homologation rules, which is why Audi created a variant homologated for the road often called Ur-Quattro in 1980 – the “Ur” being German for “original”. It also used various engines and exterior looks, with early European-spec cars featuring a 2.1-liter turbo-five that generated 197 hp and 210 lb-ft of torque.

North America, on the other hand, received much the same powertrain, but its output was watered down to 160 hp. It’s unclear exactly how many Audi Quattro cars were built, but it was well over the necessary number of 200 units, and all of them, of course, were equipped with Audi’s Quattro all-wheel-drive system, as well as a four-speed transmission. 5 speeds. manual gearbox.

Related: These are the 10 coolest touring car homologation specials

6 One of the most valuable Audis around

As you might have guessed since the Audi Sport Quattro is such a rare being and has a rich racing history attached to its name, it’s worth a monumental sum of money. But how much? To find out, we need to look at both the rally car and the road version.

We posted some staggering performance figures there, as well as curb weight readings, so it’s time to see how it all played out in the real world. Let’s start with the more tame Quattro, the regular road-legal Quattro. This 80s legend had some tough competition, like the BMW E30 3 Series, but it was no match for Audi’s all-wheel-drive acceleration that got it to 60mph from a shutdown in just 7.1 seconds.

The Quattro Sport S1 was a whole different being… Even today, the S1 rivals, if not beats, supercars. This crazy Group B rally car goes from 0 to 60 in an incredible 3.2 seconds, that’s faster than a Nissan GT-R.

4 Once upon a time the champion of Pikes Peak

When it comes to iconic tracks in the world, there are usually three that eclipse the others. In terms of road cars the Nurburgring is where the debates settle, if you want all eyes on you, whatever the legal requirements, the Goodwood Festival of Speed ​​is where you’ll thrive, and if you want to show off the car’s acceleration and ability to effortlessly navigate a scenic road, Pikes Peak is the place to be.

After Group B was canceled, Audi wasn’t quite done with its Quattro S1 yet, so they re-engineered its ergonomics, put it on a diet, and re-engineered it to achieve the perfect 50/50 weight distribution. According to Walter Röhrl, the man behind the wheel, its engine produced 750 hp, and with that much power at his disposal, Röhrl was bound to break the record around Pikes Peak. He not only set a new record in 1987, but he was also the first person to set a time under 11 minutes of 10:47.85.

As you’ll have noticed throughout this article, the Quattro S1 was fitted with some lavish exterior modifications, especially in the Evolution 2, but it wasn’t all for show. Its two-stage wing, wide fenders, along with its gargantuan fixed front splitter, produced immense downforce.

Not only was downforce, but it allowed air to flow through the engine bay keeping this high-output five-cylinder engine cool enough, and its elongated fenders made it possible to install meatier wheels, as well as l air to circulate through his body. Sometimes looking cool can also help performance.

Related: These are the craziest Group B rally cars

The road version of the Sport Quattro had a stick shift, so did most Group B rally cars, but some of the E2 models had a revolutionary power-shifting gearbox that paved the way for modern automatics found in the high end. sports cars.

It was the forerunner of modern transmissions like Porsche’s PDK gearboxes and BMW’s DCT gearboxes which are essentially automatic gearboxes that you can manually switch between gears, allowing extremely fast up- and down-shifts. fast.

The Quattro name is still visible in many cars today built by Audi, although they are not solemnly attached to a name, it is essentially a way of saying that a specific model uses the impeccable four-wheel drive drive wheels from Audi.

One notable fact, however, is that since the original Quattro S1, no Audi has ever had its Quattro badges spelled with a capital letter, instead they are all spelled with a lowercase letter paying homage to the superior Sport Quattro. The image you see above is the 40 year old Audi TT RS from Quattro, it was a birthday present that Audi gave itself to celebrate – well, the name speaks for itself.

WhatsApp media auto-download issues (settings to save are disabled)