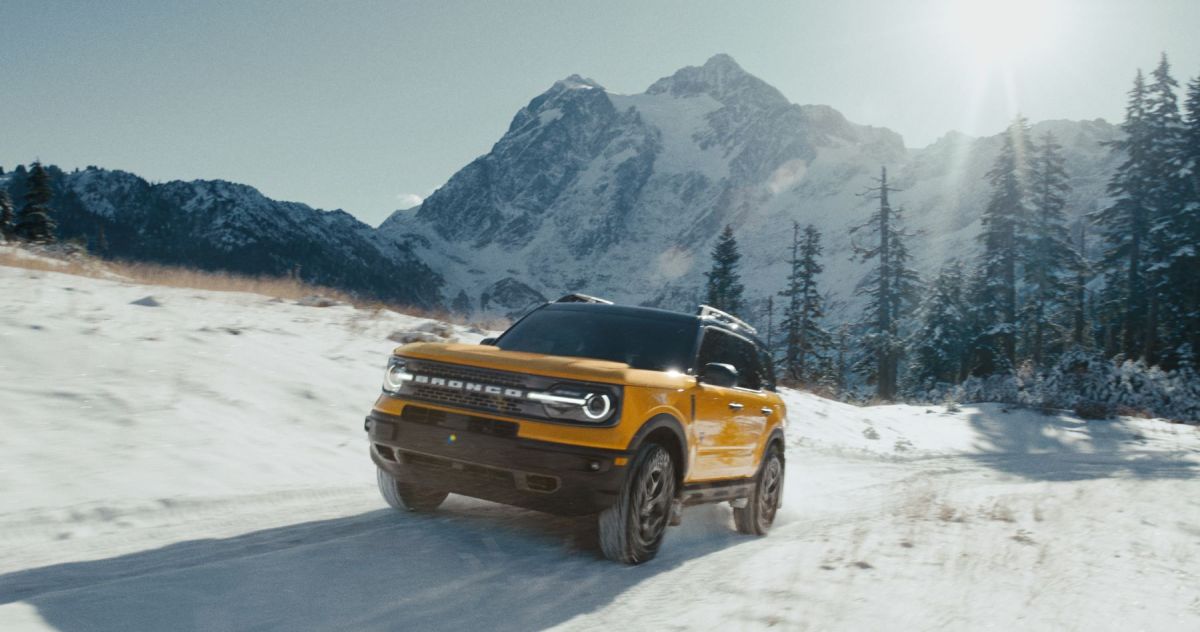 The 2023 Mazda CX-50 was designed to be a bit more rugged than similar SUVs in its class. Its improved AWD technology and motion control make it an ideal car for any outdoor adventure. It’s also almost as affordable as the Mazda CX-5, starting at $27,550.

One of the Mazda CX-50’s most popular rivals is the 2022 Ford Bronco Sport. Due to numerous production delays, many would-be drivers haven’t even had a chance to test drive one yet. That’s why we’re here to tell you three reasons why the Ford Bronco Sport is the superior off-road compact SUV.

The Mazda CX-50’s base engine lacks turbo power, although it still generates 187 horsepower and 186 lb-ft of torque. AWD is standard, but it comes with a shorter six-speed automatic.

However, it should be noted that the Mazda CX-50’s optional turbo-four engine develops 256 horsepower and an impressive 320 lb-ft of torque. Car and driver preferred this powertrain because of its peppy 0-60 mph time of 6.6 seconds. Meanwhile, the Ford Bronco Sport’s available turbo-four, exclusive to the Badlands model, produces 250 horsepower and 277 lb-ft of torque.

It’s also cheaper to access the CX-50’s turbo engine than the Bronco Sport’s. According Mazda, you’ll pay at least $37,150 for the 2.5 Turbo version. The Ford Bronco Sport Badlands has an estimated price of $41,505.

Of course, the Badlands version includes a bunch of trail-focused gear that the CX-50 doesn’t. Ford says these models come with off-road suspension, two additional terrain settings for the GOAT function, and off-road cooking control.

Mazda announced a Mazda CX-50 Meridian Edition with more adventurous equipment, but it hasn’t been released yet. When available, it will have an MSRP of $39,950.

According Edmunds, the Mazda CX-50 can hold more than 56 cubic feet of items in the cargo area. If each seat is upright, that total approximates 31 cubic feet.

The Bronco Sport is the winner when it comes to front seat head, leg and shoulder room. The seats in both rows also have more adjustment options. However, the Mazda CX-50 gives passengers a little more room to maneuver in the back.

According consumer reports, the Ford Bronco Sport can brake from 60 to 0 mph in 126 feet on dry surfaces. It takes 135 ft to accomplish the same feat on wet pavement, but it’s still very reassuring. Despite obvious understeer, CR was overall happy with the Bronco Sport’s handling.

By comparison, the Mazda CX-50 requires a braking distance of 131 feet on dry pavement. Consumer Reports warns that the CX-50 may need at least 142 feet to brake on slippery surfaces. While still one of the most confident SUVs in the segment, the Ford Bronco Sport offers a bit more utility.