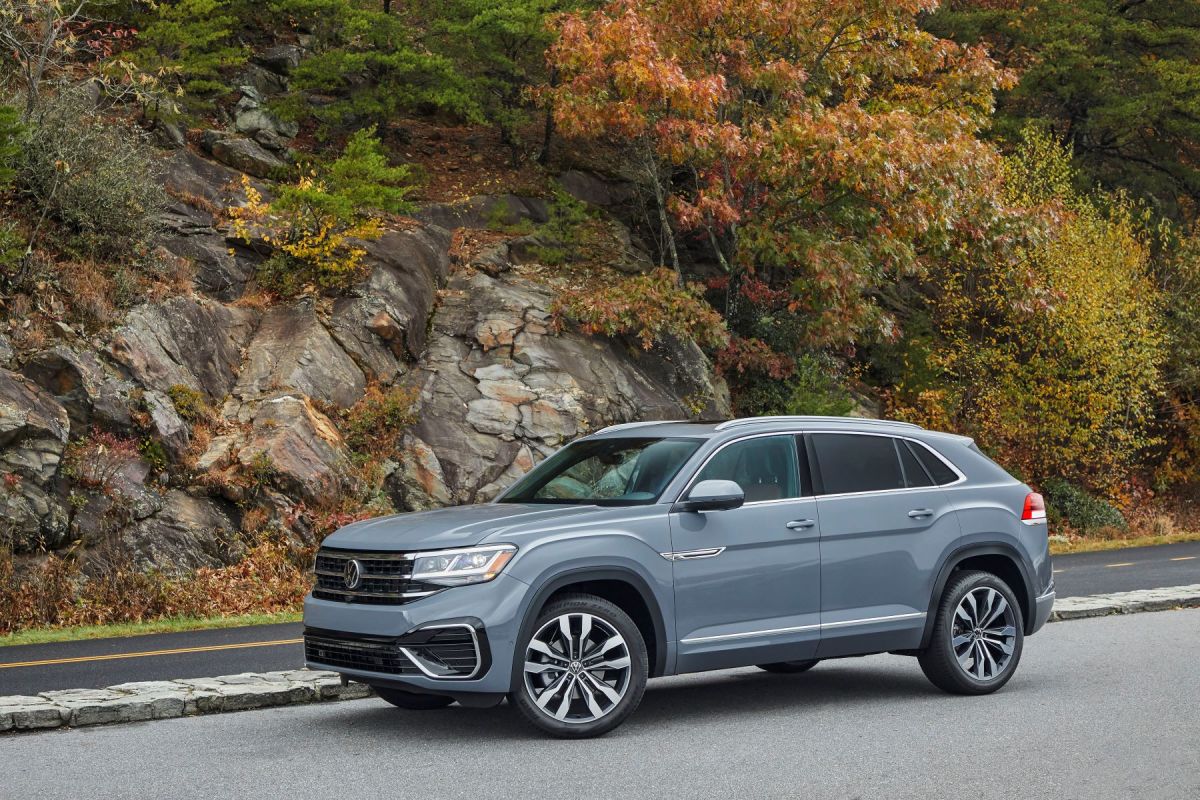 The 2023 Volkswagen Atlas Cross Sport hasn’t changed much since its 2022 model, at least in the eyes of Consumer Reports, which continues to give the car high marks and a recommendation. Three factors, in particular, contribute to Consumer Reports’ recommendation of the Atlas Cross Sport. Curious what it could be? Let’s find out what this Volkswagen SUV has to offer.

1. The 2023 Volkswagen Atlas Cross Sport has plenty of interior space

The SUV gets very high marks for rear seat comfort. That’s partly thanks to its 60 inches of rear shoulder room, 32 inches of rear legroom and 2 inches of rear headroom. All of this leads Consumer Reports to note that “the rear seat has considerably more legroom than the three-row Atlas.”

With some SUVs, getting in and out of the vehicle can be a real challenge. However, consumer reports states that is not the case with the Volkswagen Atlas Cross Sport.

As CR states in the site’s road test report, “Large door openings and easy-access seats make it easy to get in from the front without any dodging. The rear seat has even larger openings – getting in and out of the vehicle doesn’t get much better than this.

So if you’re concerned about accessibility, or don’t want to feel like you have to do stunts to get into your vehicle, the Atlas Cross Sport is definitely worth a look.

Thus, the Volkswagen Atlas Cross Sport 2023 is comfortable, spacious and easy to access. Sounds good, right? According to Consumer Reports, the benefits of buying one of these Volkswagen SUVs don’t end there.

Another benefit the Atlas Cross Sport offers is the ease with which all interior controls can be used, which Consumer Reports calls a “pattern of clarity.” The touchscreen infotainment system deserved particular praise, with CR test riders noting that the display was clear, the on-screen buttons and text were adequately sized, and the layout was intuitive.

Of course, nothing is perfect and the interior controls of the Atlas Cross Sport are no exception. We’d be remiss if we didn’t note that Consumer Reports had some critical comments in this area as well. One annoyance that reviewers pointed out was that pressing the volume button turns off the entire display screen rather than just muting the sound. Then there’s the fact that the audio may start replaying unexpectedly when the car is restarted if it was previously muted. Finally, with the Atlas Cross Sport’s list of audio presets, it’s not possible to mix bands, meaning you can’t, for example, preset both FM and satellite radio stations.

Those minor issues aside, anyone looking for a smaller but still spacious and comfortable SUV would do well to look at the Volkswagen Cross Sport. It’s designed for people who want to get up and running with their new vehicle with little hassle.

Petit Le Mans in the lead for IMSA, the strategy is in place