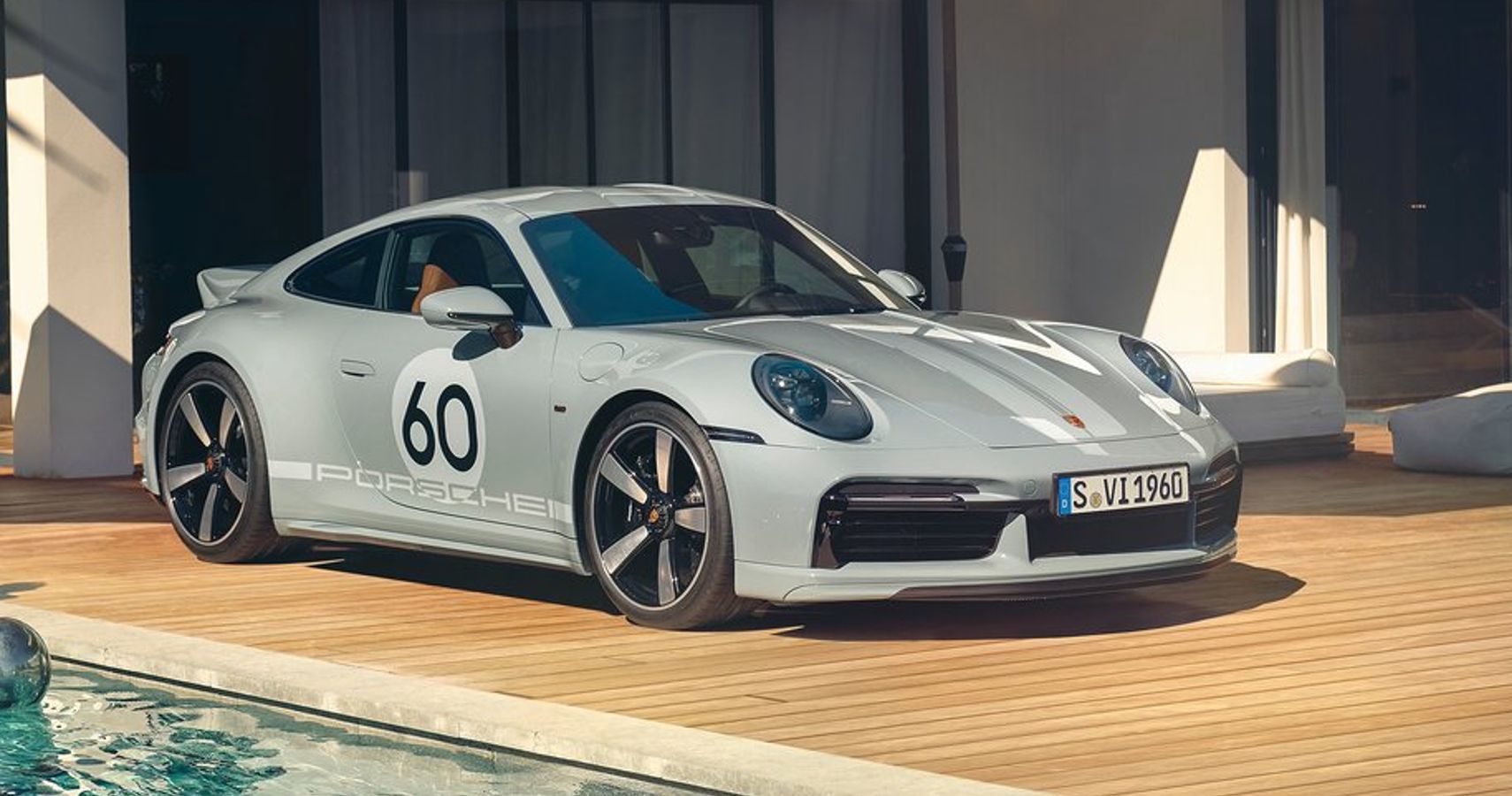 Porsche is known for making special versions of its iconic 911 sports car. In fact, many believe the German brand releases too many limited-edition 911s. Porsche claims the Targa 4S Heritage Edition, for example, is an “emotional awakening” to the 1960s. In reality, it’s a well-specced Targa 4S with some nice decals.

However, some special-edition 911s truly live up to the hype. The 2016 911 R, which featured a manual transmission and the naturally aspirated engine from the GT3 RS, was remarkable. Likewise, the 2010 911 Sport Classic captured the hearts of many enthusiasts. And now there’s a new Sport Classic for the 992-generation 911.

While the 997 Sport Classic was actually a glorified Carrera S, the 992 iteration has the same underpinnings as the mighty Turbo S. It’s also RWD and has a manual gearbox. Driving nirvana? That’s about as close as it gets.

The 992 Sport Classic is all about driving. The brief was quite simple: to create the perfect car for enthusiasts. Therefore, the SC has a manual gearbox and is rear-wheel drive. It uses the same 3.7-litre engine as the Turbo/Turbo S; however, Porsche detuned it. Why? Because they feel that the SC’s manual transmission couldn’t handle the same amount of power as the PDK 911 Turbo. It’s still a very powerful car, with 543 hp.

The Sport Classic is not left out either. Sure, having a manual transmission on PDK slows things down a bit, but the SC’s turbo-derived engine still delivers a 3.9-second 0-60mph sprint and a top speed of 196mph. A disadvantage of the Turbo engine is noise. It doesn’t rev as high (or sound as good) as the GT3’s naturally aspirated 4.0-liter.

Related: 17 surprising details about the Porsche 911

Without a doubt, the Sport Classic aims to recall the 911s of yesteryear. Like the Carrera RS 2.7 of the early 1970s, it featured a ducktail spoiler at the rear. Four colors are available: Black, Agate Gray Metallic, Gentian Blue Metallic and Sport Gray Metallic. The Fashion Gray of the 356 serves as inspiration for the latter.

Like the Targa 4S Heritage Edition, the SC features authentic gold badges and exclusive Manufaktur stickers. The new Sport Classic also takes up some elements of the 997 version, such as its double-bubble roof. The Sport Classic is the second of four Heritage Design 911s to be launched during the 992 generation, the first being the Targa 4S Heritage Edition.

A look back at the first year of the Porsche 911

The interior of the Sport Classic is a truly special place. Buyers can choose between black and cognac Heritage Design Classic leather or an all-black leather interior. A gold 911 plate with your SC’s number underneath sits on the passenger side of the dash. The SC is fitted with Porsche’s 18-way sports seats (there is no option for bucket seats). As you’d expect for the price, you get plenty of equipment as standard. However, this is Porsche after all, and you can still rack up a hefty options bill. For example, the high-end Burmester surround sound system costs an extra $3,980. Meanwhile, aluminum pedals cost an additional $630, and Night Vision Assist is available for $2,540. Other options include Lane Keep Assist with Traffic Sign Recognition ($1,220) and ventilated front seats ($840).

The Sport Classic uses the same 10.9-inch touchscreen as the rest of the 911 range. This system is quite responsive and can take OTA (Over-The-Air) updates and will therefore improve over time.

Related: Here’s What We Like About The 2005 Porsche Carrera GT

When the 997 generation Sport Classic was launched in 2010, only the GT2 RS was more expensive than it. However, the original SC proved to be a worthwhile investment for the select few who got their hands on it. Porsche only made 250, and today pristine examples fetch over $600,000.

“The sport that made him a billionaire. Such a nasty place!” – Fans react to feeling Lewis Hamilton targeted by FIA in jewelry saga