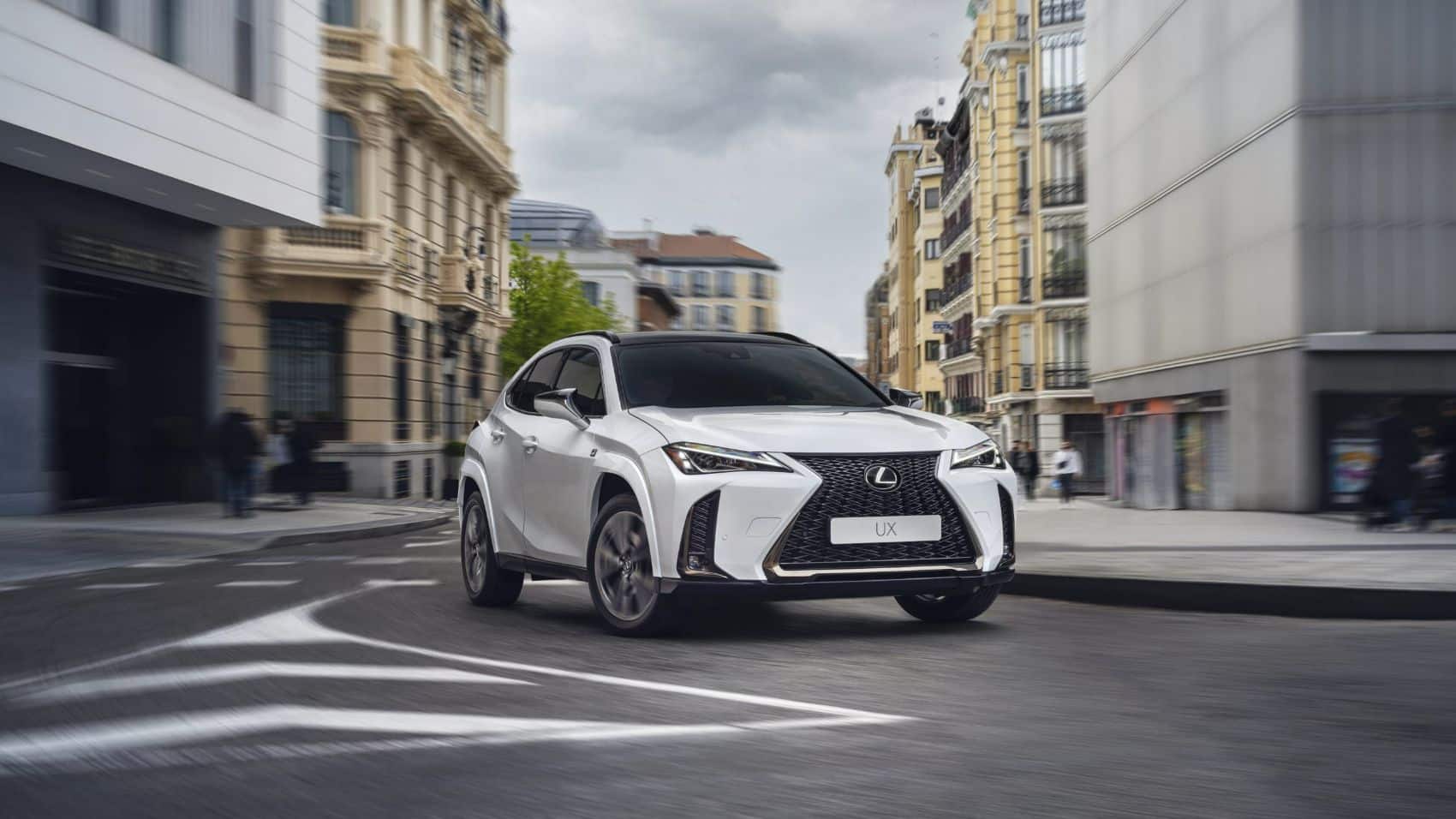 The 2023 Lexus UXh has a new name to coincide with its new identity of being the smallest Lexus with a hybrid-only powertrain. Previously called UX since its debut in 2019, the updated UXh remains an entry-level luxury crossover that makes no claim to ruggedness despite its SUV looks.

Officially called the UX 250h, Lexus has dropped non-hybrid variants for the 2023 model year while updating standard infotainment and available safety tech to keep up with mainstays like the Volvo XC40, Mercedes-Benz GLB and the BMW X1 and X2. .

“The new UXh aims to enhance the appeal of electrified vehicles, especially hybrid electric vehicles, by evolving the driving experience and advanced safety features in a way unique to Lexus,” said Mitsuteru Emoto, engineer in Chief, Lexus International. “With careful attention to detail, the Lexus team has developed these two key features so that customers around the world can enjoy a sense of luxury and a comfortable, safe and secure driving experience.”

From 2023, the Lexus UXh is strictly available as a hybrid version with all-wheel drive. Under the hood is a two-liter four-cylinder gasoline engine with a hybrid-electric system that generates 181 horsepower. If those numbers sound familiar, that’s because it’s the same hybrid powertrain as the outgoing UX 250h. The only gearbox available is a continuously variable transmission (CVT).

In addition, the UXh has two F Sport packs: Design and Handling. The former offers a sportier look, while the latter gives you a sportier ride. Also new are an updated infotainment system and more advanced safety features.

Lexus made no mention of official fuel economy in its press release. However, we estimate that the 2023 UXh will have EPA numbers similar to those the 2022 modelwhich is 43 city, 41 highway and 42 mpg combined.

Fortunately, Lexus didn’t just put on a new badge and call it a day. Although it still rides on parent company Toyota’s GA-C platform (which underpins the GR Corolla and Toyota Prius, to name a few), the chassis now boasts 20 points. additional welding, a revised electronic power steering system and recalibrated shock absorbers.

However, the available 12.3-inch infotainment touchscreen is hard to pass up and works better with Lexus software upgrades. Lexus also moved the center touchscreen closer to the driver for better ergonomics, and they finally got rid of that pesky touchpad which, for some reason, doesn’t bother some people.

Depending on the number of kilometers traveled, an extended warranty may be beneficial to you. Before you decide, check out this helpful guide to Lexus extended warranties.

Our free and easy research tools* will determine which dealers in your area offer the best prices on a new Lexus UXh. These search tools will also help you get the invoice price, which is one of the best starting points for negotiating the lowest price.

Alvin Reyes is a columnist on Automoblog and an expert in sports and performance cars. He studied civil aviation, aeronautics and accounting in his youth and is still very fond of his old Lancer GSR and Galant SS. He also likes fried chicken, music and herbal medicine.

*Although still free for you, Automoblog and its partners may receive a commission when you use the services provided through this link. MSRP figures are subject to change.