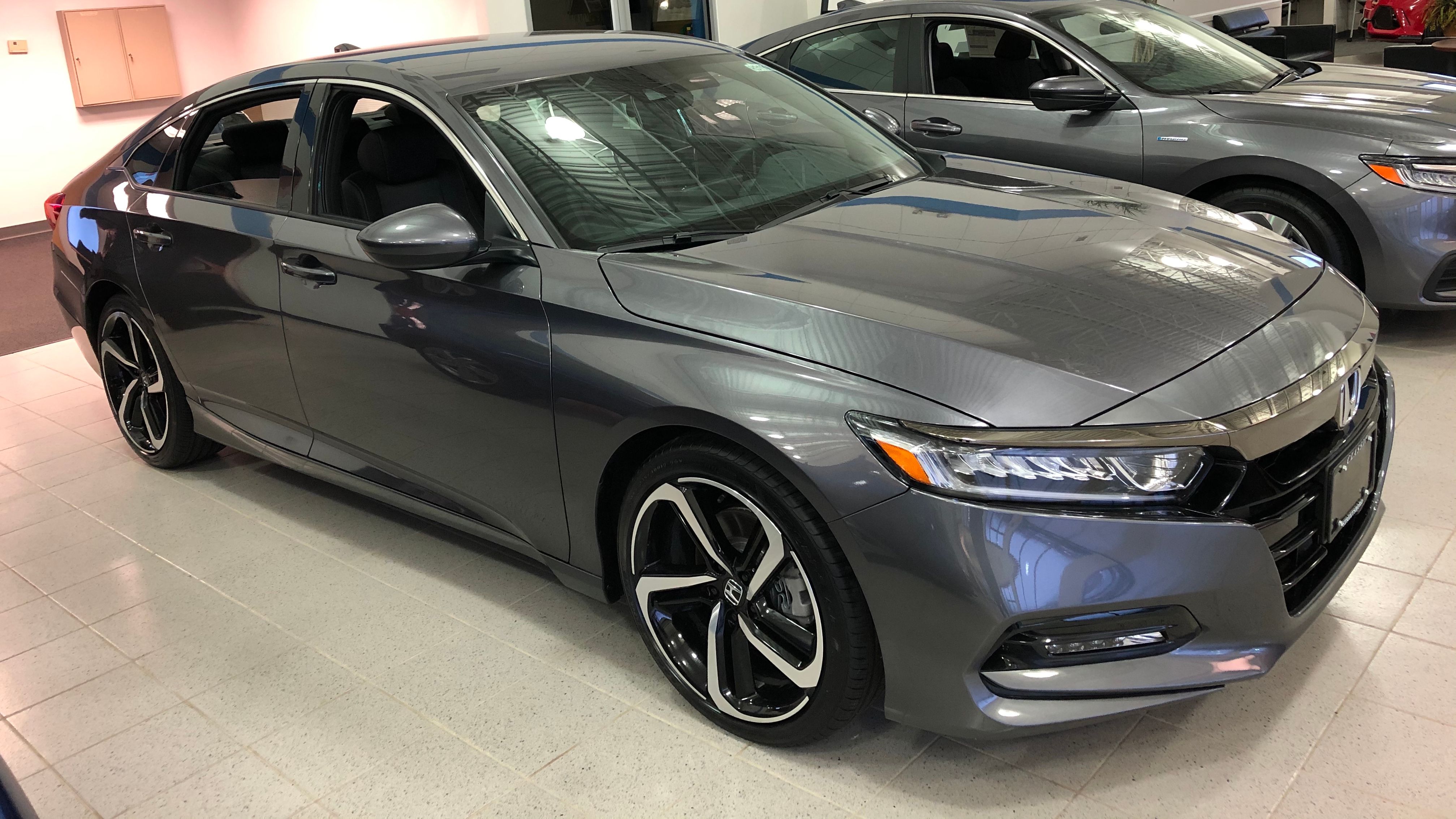 At the end of the seventies, Honda introduced the first-generation Accord: a two-door sedan and a 68-hp 1.6-liter CVCC engine. Even though that doesn’t seem like much – because it isn’t – the Accord still stood out because it was comfortable, reliable and economical, which was basically all you could ask for if your driving intentions were just getting from A to B

The Accord quickly became a strong contender in the midsize sedan market, and Honda continued to make big improvements with each generation; they even built a factory in the United States to meet demand.

Buy a used Honda Accord Sport

Today, the Honda Accord remains a bestseller in the US market, ticking all the boxes that make the perfect midsize sedan. Literally hundreds of thousands of vehicles are sold every year, whether new at Honda dealerships or on the used market. One of the most popular trims is the Accord Sport, which offers better looks and tech than the base model, but isn’t too expensive as it’s still one of the more popular trim levels. bass. That being said, it wouldn’t be surprising if you were considering one too, so here’s everything you need to know before buying a used Honda Accord Sport.

The first thing to keep in mind is Accord Sport model year, because the Accords have considerable differences depending on the generation. The best choice in terms of value would be the latest tenth-generation Accord, which includes the latest technologies and vast improvements over the previous generation. Also, the prices of used tenth-generation Accords aren’t too high compared to ninth-generation models; because only about $2,000 separates the sporty 2017 Accord (ninth generation) from the 2018 model (tenth generation) with the same mileage, and that’s more than worth the upgrade. The differences between the two generations start from the powertrain.

The latest-generation Accord Sports come with smaller engine options that produce more power and provide improved fuel economy. There’s the 1.5-liter engine that produces 192 hp and does 33 mpg combined, or a 2.0-liter with 252 hp that does a combined 26 mpg. It’s quite an improvement over the 2017 model, with 185 hp and a return of 29 mpg on the smaller engine, and no larger engine Sport variant as an option. The 10th generation Accord also includes new technologies and features that make everyday use even more enjoyable.

Another thing you should consider is the current value of Accord Sport from 2018. If you are looking to buy, it is important to check recent market price fluctuations, to make sure they are not higher than usually. Sometimes, especially with high-demand models like the Honda Accord, prices go up at certain times and drop at others; so it’s a good idea to pay attention to downturns if you want to save a few bucks.

That said, last-generation Accord Sports tend to go for $24,000 to $30,000 with relatively low mileage for 2018 models, which is on average close to original factory price. Obviously, the Accords hold their value extremely well, which should also be seen as a positive.

Finally, you can rest assured that you are getting a vehicle that is worth every penny. The latest-generation Honda Accord Sport offers everything you could ask for at its price, and more. It looks good, especially with Sport exterior upgrades; its reliable, fuel-efficient features and technologies are plentiful and useful, the cabin is spacious and comfortable, and to top it off, it doesn’t lose much value.

These are the best American pickup trucks of the 1950s

Let’s take a closer look at why the Ford F-1, Dodge Power Wagon and Chevrolet Cameo are some of the best American pickups of the 1950s!

Santi, in short, has loved cars for as long as he can remember and has started writing as a hobby for almost a decade now. As a student currently studying English Literature and Creative Writing, it’s a dream come true to be able to combine both passions in this new chapter as an evergreen writer for HotCars. With a wide variety of automotive industry knowledge past and present, he is eager to bring new and engaging ideas to the website.

Erb is the shootout star of the Wild West