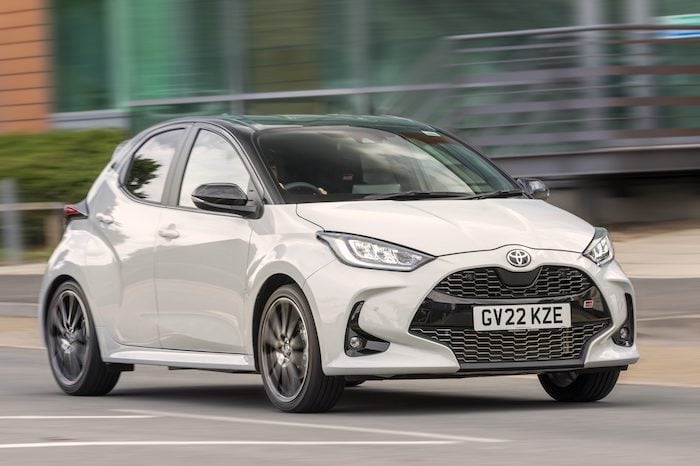 Toyota has unveiled a new version of its hybrid Yaris, the Toyota Yaris hybrid GR Sport and the car boasts a number of improvements over the standard model. The performance theme also introduces a new T-shaped rear diffuser, black door moldings and exterior mirror housings and a thin red insert covering the tailgate between the rear combination lamps. As a finishing touch, there are Gazoo Racing badges on the front bumper and tailgate.

The GR Sport can be specified with optional two-tone paint, including an exclusive Ash Gray body combination with an Eclipse Black roof. Inside the cabin there are sports front seats with the GR logo on the head restraints and black fabric upholstery with red contrast stitching. The logo is also present on the start button and the three-spoke steering wheel. Both the steering wheel and gear lever are leather-wrapped with red stitching.

You can find more details about the new Toyota Yaris hybrid GR Sport at Toyota by clicking on the link below. Prices for the car start at £24,420.