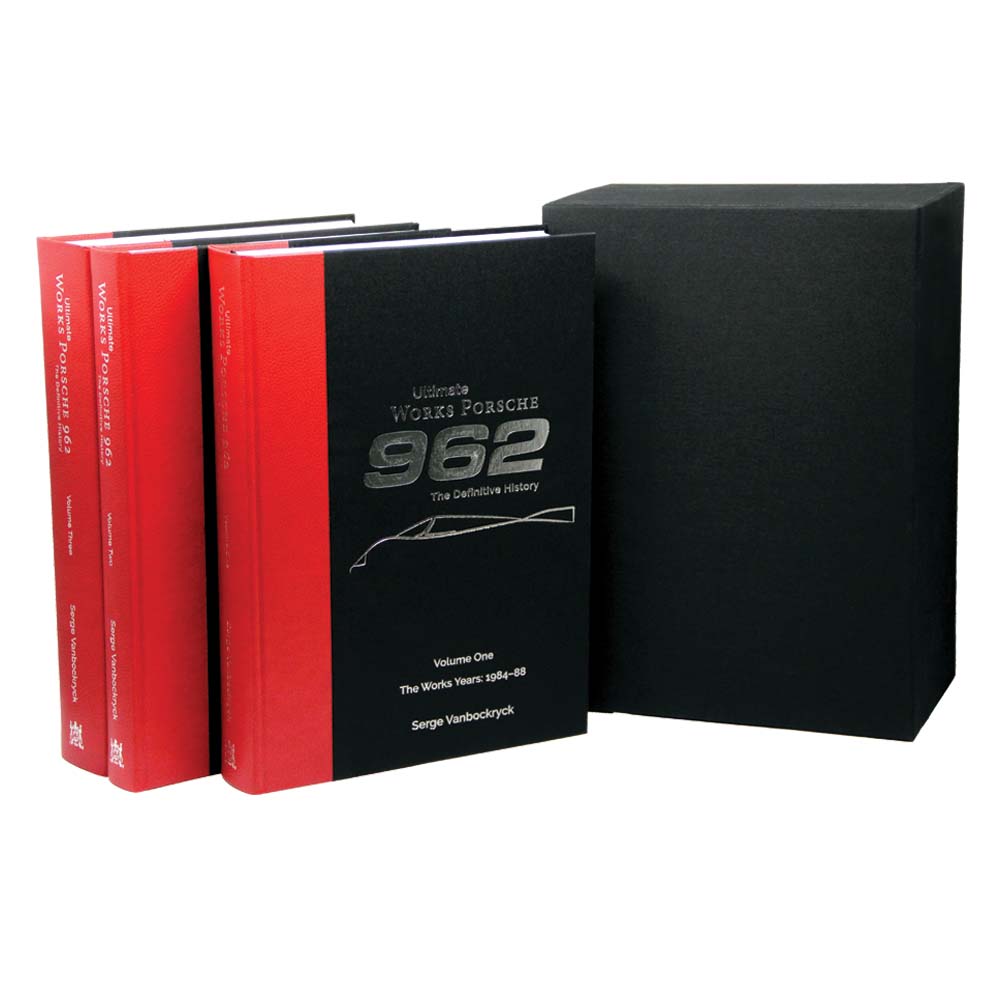 The Porsche 962, created in 1984, was the successor to the all-conquering Group C Porsche 956 of 1982, but also largely the result of Porsche adapting its successful Group C car to the needs and regulations of the IMSA based in the United States. GTP Championship.

The 962 went on to obliterate competition on both sides of the Atlantic, making it the most successful purpose-built race car in motoring history.

This three-volume book describes in unprecedented detail the decade-long career of the works Porsche 962 and 962C, built and entered by the Weissach-based works team led by Peter Falk and Norbert Singer, and driven to many multiple victories by Jacky Ickx, Derek Bell, Jochen Mass, Hans-Joachim Stuck, Al Holbert, Hurley Haywood and many more.